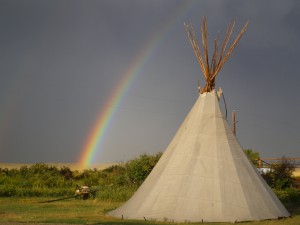 Humankind has not woven the web of life.
We are but one thread within it.
Whatever we do to the web, we do to ourselves.
All things are bound together.
All things connect.

Spider Woman instructed the Navajo women how to weave on a loom of sky and earth cords, the warp stick of sunrays, the heddles of rock crystal and sheet lightening. [Navajo]

Grandmother Spider brought the sun to the Cherokee people as well as fire and the art of making pottery. [Cherokee]

Iktomi is the trickster spider of the Lakota whose stories teach Lakota youth lessons. According to Legend, Iktomi gave the web of life, or dreamcatcher to a Lakota elder to give to the people. [Lakota]

The web of life:
The dreamcatcher considered by many to originate from the Ojibiwa is used by many tribes today. 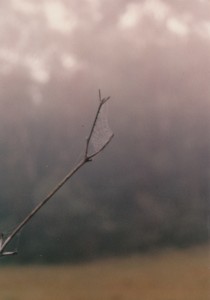 “Even infants were provided with protective charms. Examples of these are the “spiderwebs” hung on the hoop of a cradle board. These articles consisted of wooden hoops about 3½ inches in diameter filled with an imitation of a spider’s web made of fine yarn, usually dyed red. In old times this netting was made of nettle fiber. Two spider webs were usually hung on the hoop, and it was said that they “caught any harm that might be in the air as a spider’s web catches and holds whatever comes in contact with it.”