The Natural History of the Mythical Spider Hyptiotes veritas (Uloboridae) 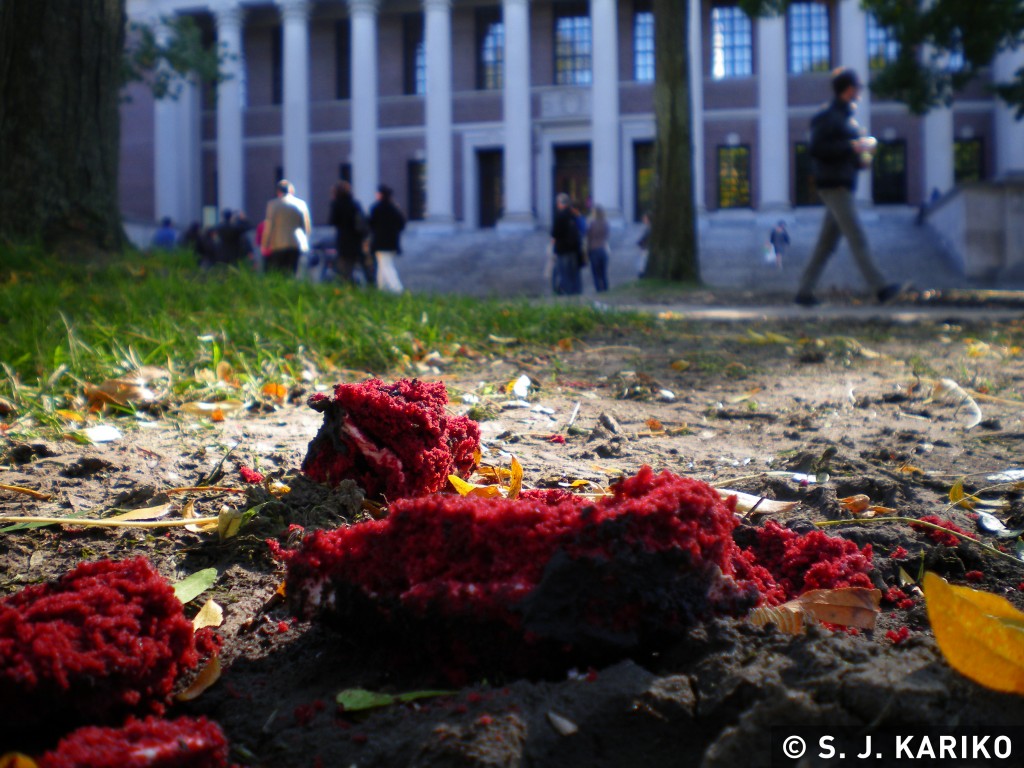 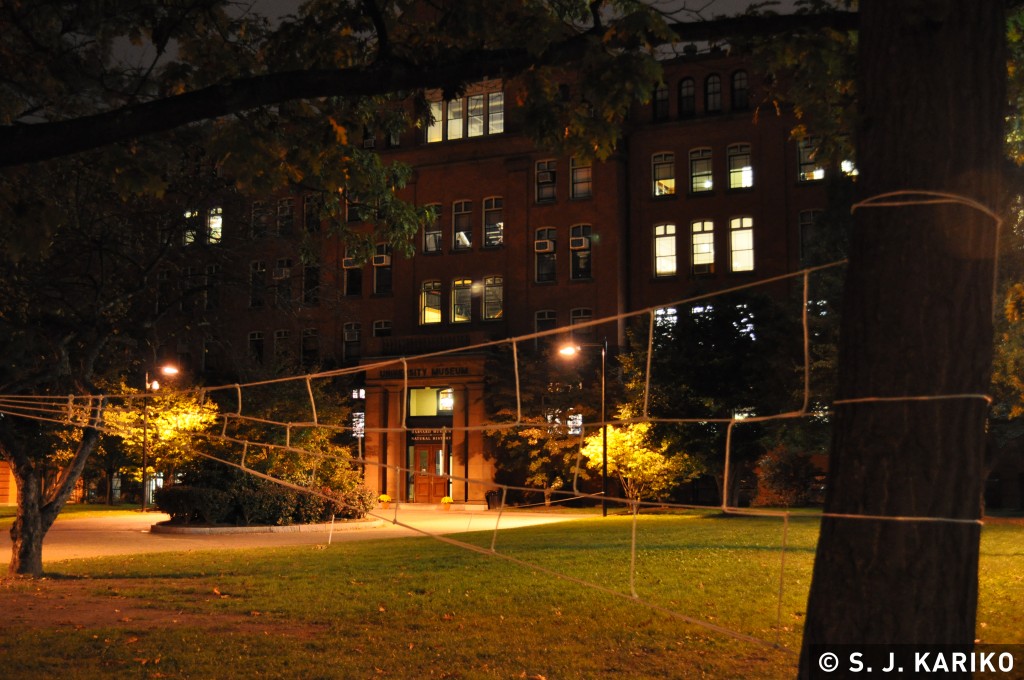 Hyptiotes veritas is a rare spider that has never been found outside of Cambridge, although it has appeared there regularly every 25 years since 1636.  Scientists hypothesize that this periodicity may be due to enhanced habitat and prey abundance at these times including red velvet birthday cake and the music of Yo-Yo Ma.

Because of this, the Harvard campus is considered enriched habitat for these spiders, and scientists from the Museum of Comparative Zoology reported several sightings this past October. A web was spotted between the gingko and oak tree in front of Harvard’s Museum of Natural History (HMNH) just before their “Spiders” exhibit opened. Curators found another Hyptiotes veritas web spun amongst the pipes inside the exhibition hall.

Scientists predict that the “Arts First” festivities, sponsored by the Harvard Office for the Arts, will entice Hyptiotes veritas to spin her web again.

Things you may never have thought about…

Spider silking:  how to “milk” a spider (PDF)

Silk production and use in arthropods

Painting on spider silk: a brief history and a contemporary artist