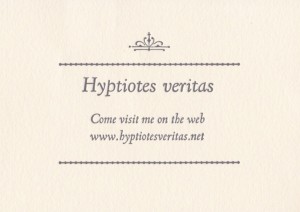 Hyptiotes veritas’s Carte de Visite: printed in a limited edition of 375 cards for the 20th anniversary of the Arts First Festival in celebration of 375 years of Arts & Veritas.

Hyptiotes veritas is a modern kind of spider who simultaneously holds onto tradition and embraces modernity; communicating via the web but also retaining the tradition of leaving her carte de visite.

She follows her own sense of style and has her cards letterpress printed at the Bow and Arrow press in a format grander than the traditional 2.5” x 4” albumen prints of the original carte de visites patented by Parisian photographer Andre Disderi in 1854.

An example of a more traditional carte de visite in both size and format is illustrated by this example of Museum of Comparative Zoology founder Louis Agassiz, pictured to the right.

Rather than leaving them with the butler, Hyptiotes veritas has left them behind with “her personal assistant,” who, with the help of the Harvard Spinnerets, will be distributing them to festivalgoers. 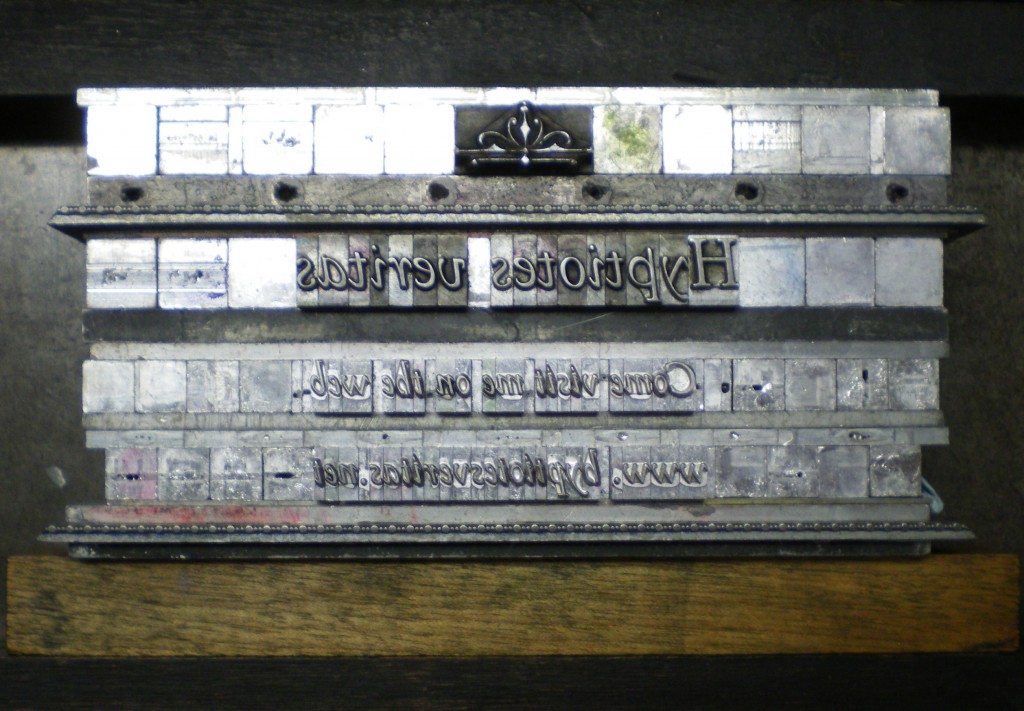 The Carte de Visite is set in Kennerly OS Italic 24 pt. and Arrighi 18 pt. and printed on a Vandercook Press at the Bow & Arrow Press in Cambridge, MA.

This limited edition run is dedicated to Gino Lee ‘86 (1962-2011), who left an indelible impression on so many, sharing the beauty of a handset word pressed into a page and contributing to the graceful lines of the Mac’s Zapfino font.

Image of Louis Agassiz: With permission from the Archives of the Museum of Comparative Zoology, Ernst Mayr Library, Harvard University.